I went to the rally in Oakland yesterday to protest Trump’s decision on DACA. I agree with the cause, and saw an opportunity to shoot a bona fide journalistic subject. There were plenty of photographers there—legit news media as well as amateurs like me—and it was a good event for photography, with close access to speakers, the ability to be right in the thick of the march, and lots of signs and committed protesters.

The young woman with the sign was one of the organizers. I had the 28mm on all day, which worked well to show the environment. I also used the zone-focusing technique, which also worked well because I just shot at f/8 all day and everything from 4 feet to 12 feet away was in focus. 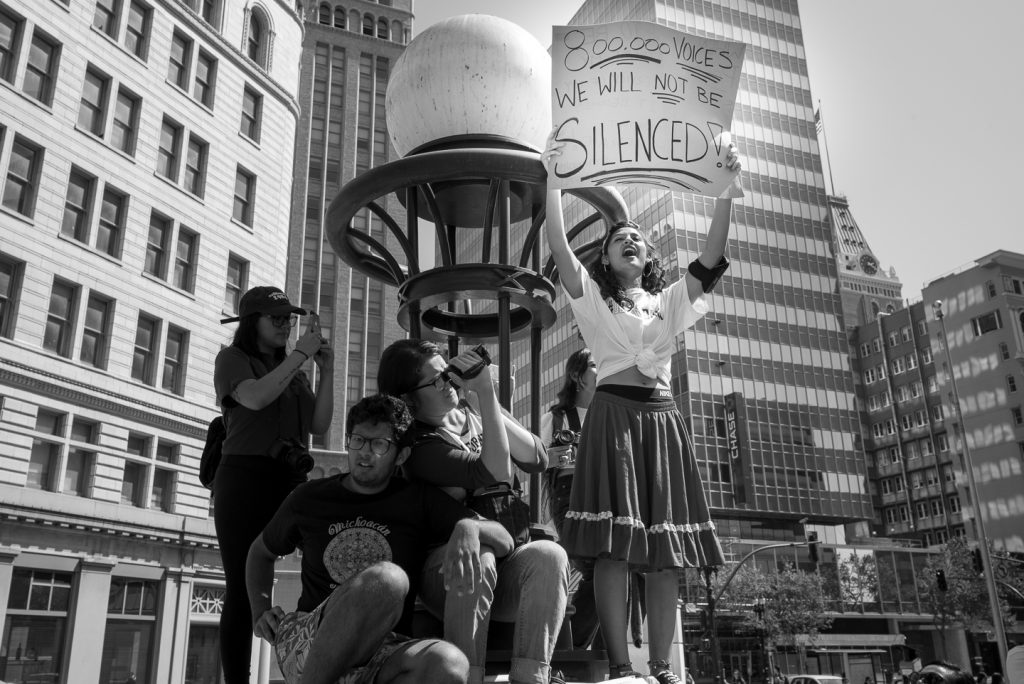 Before the march, I saw these two protesters and asked if I could take their photo. Posing them in front of city hall worked reasonably well, although it was brighter than they were, so I had to do a lot of work in post to adjust the relative brightness of elements in the scene. 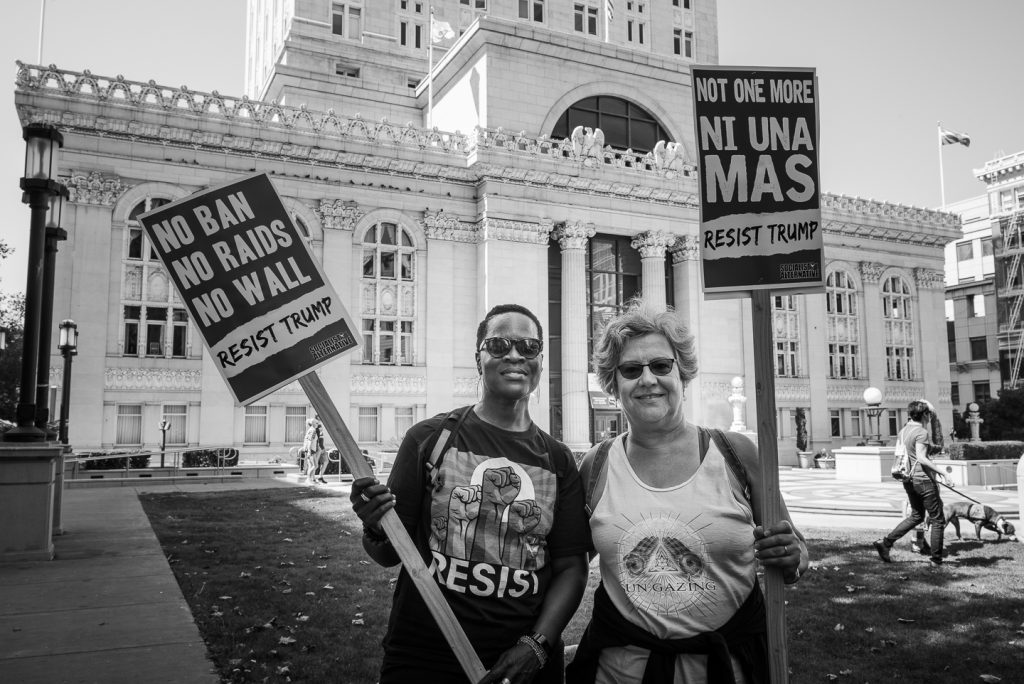 I also asked these three for a photo. I didn’t arrange it, but the triangle formed by the signs is an effective composition. I also like the fact that everyone else in the photo is facing the other way, so their faces really stand out. 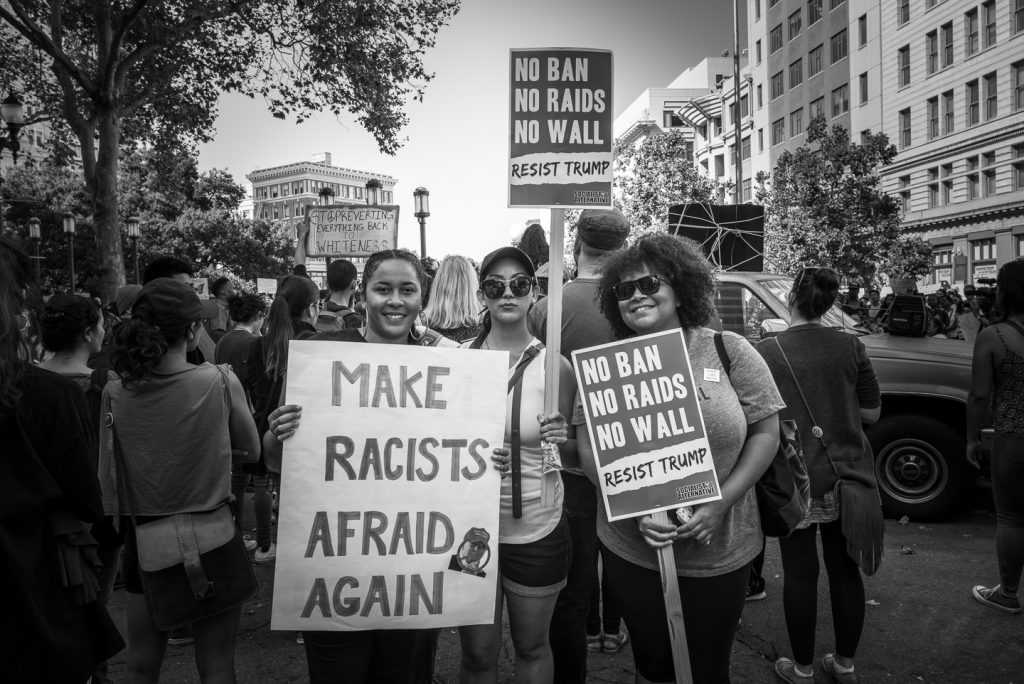 Best thing about this one is the sign nearest the camera and the serious expression on the man holding it. The photo also gives a sense of being in the march, which I was. 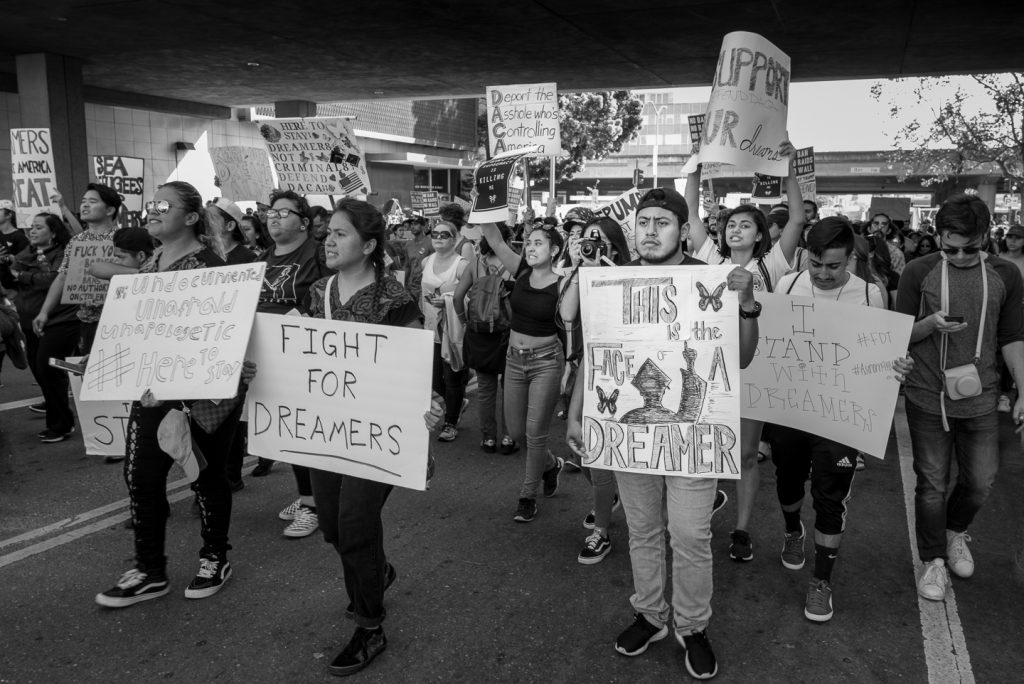 Once the march started and I was in the thick of it, I realized pretty quickly that shooting people’s backs doesn’t make for a compelling photo. So I took this one while walking backward, partly because I wanted that sign. A happy accident was the man walking beside the ladies with the Bad Hombre T-shirt. 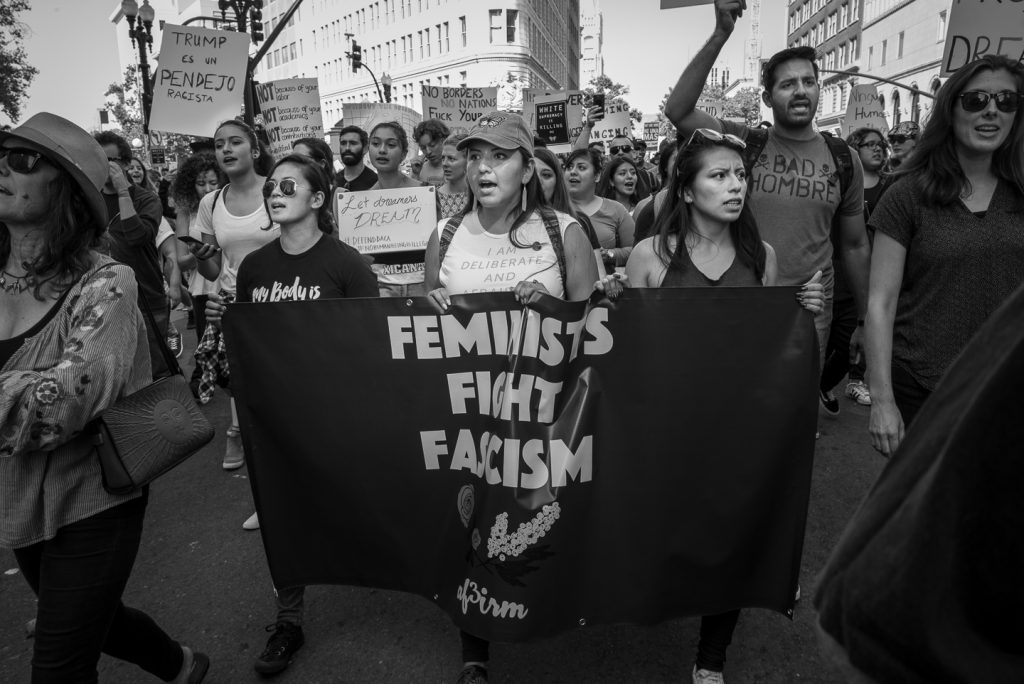 Finding a central subject in a crowd scene is hard; and that subject, ideally, should be close to the camera. I took a lot of photos—300-plus—and got only 12 keepers because most are just a jumble of people and signs. I don’t know that there’s much I’d do differently if I go to another protest march—just accept from the get-go that it’s a difficult subject. That’s probably because it’s not intended to be a photo-op; it’s intended to be a protest march.