I went to the Castro Street Fair on October 1. Like the Folsom Street Fair, there were plenty of interesting people to photograph, and also like Folsom, I got the best results by talking with people and eventually asking if I could “make their portrait.” Sometimes I remembered to say that, sometimes I didn’t.

The light when shooting in direct sun was impossible, but I found some shade at the sides of the street where shooting people worked.

I talked with these two early in the day. They asked me to take their photo with their phone, then I asked I could take one with my camera.

He had on a pair of custom-painted Uggs. We talked about those for awhile. I had him point to them in the shot. 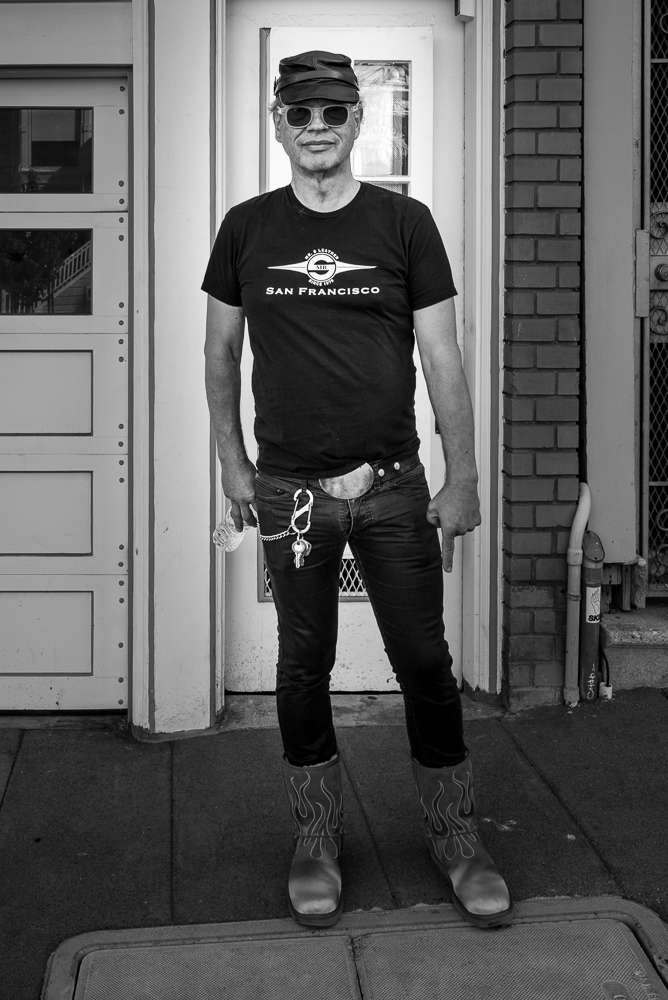 Yes, this is the Pope. We had a long conversation. He says he dresses up like this every year for the fair. I asked him to make a Pope-like gesture. 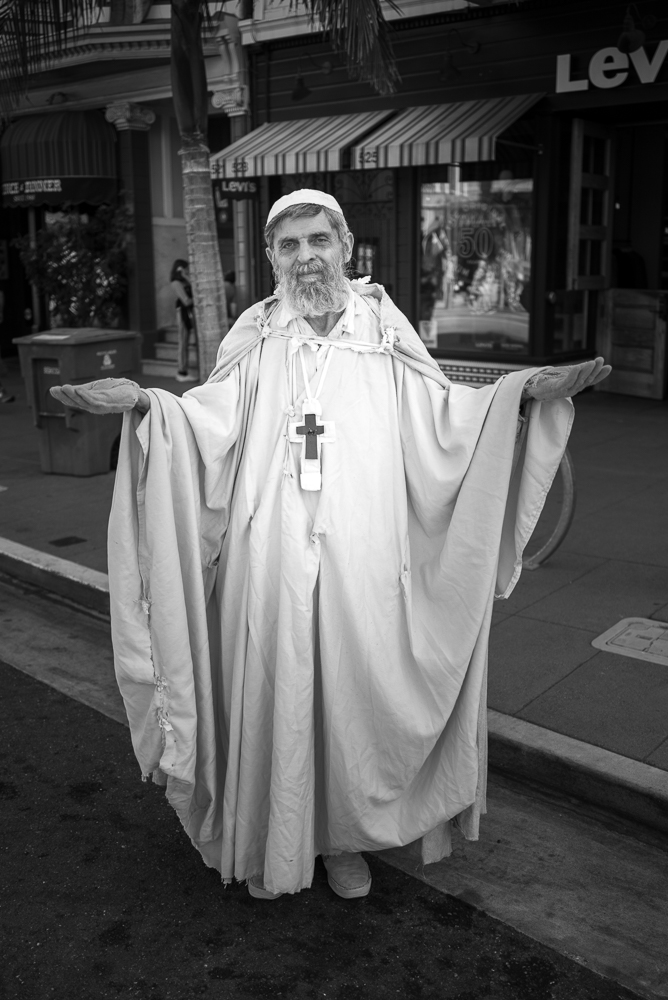 This man is a language teacher who teaches four languages. Nice tattoo. 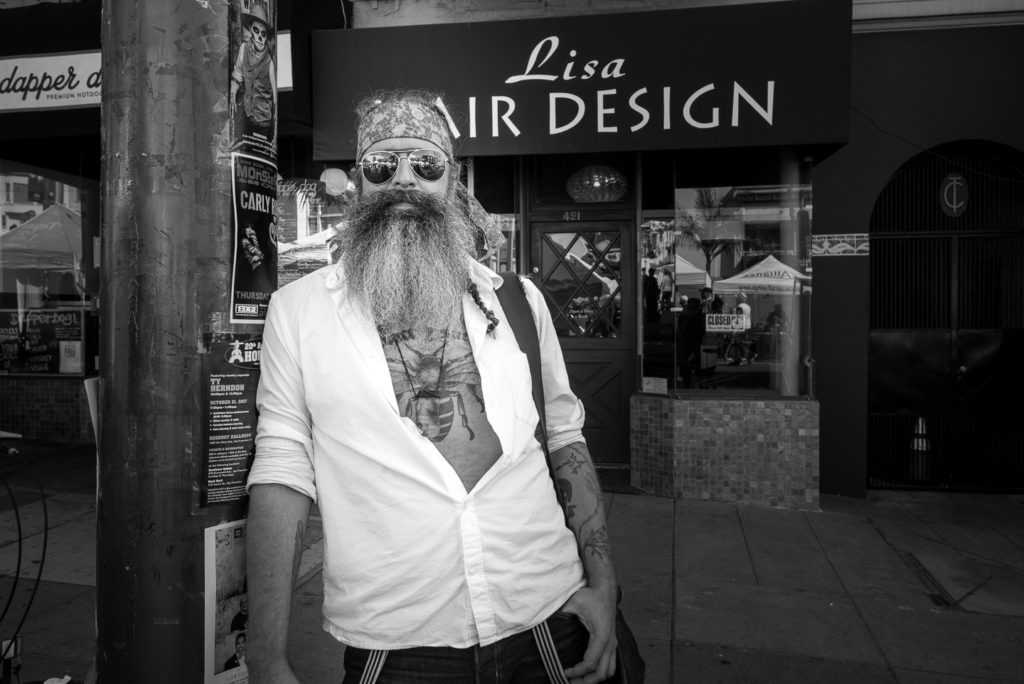 She was working at the Skyy vodka booth, where this backdrop is set up for people to take selfies. She was surprised that I wanted to take her photo instead of wanting her to take mine. Made sense to me—she’s much better-looking. 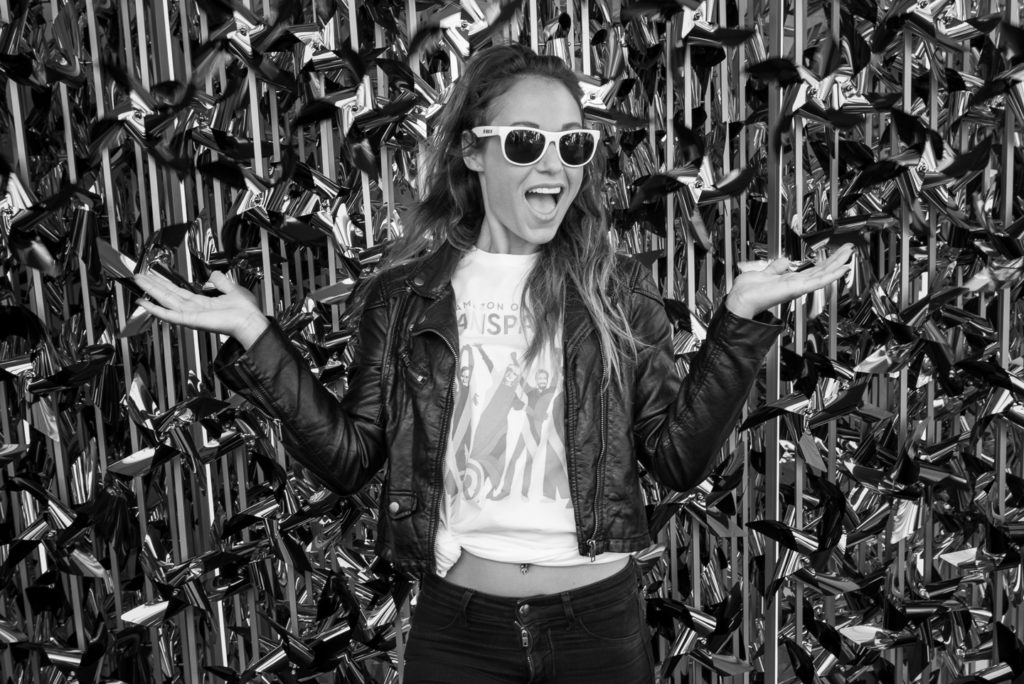 I’ve learned the shoot-from-the-hip technique, and I’ve read both pro’s and con’s for it. It’s true that you lose control of framing (con) but you get an unusual angle and unposed shots. This one works for me. 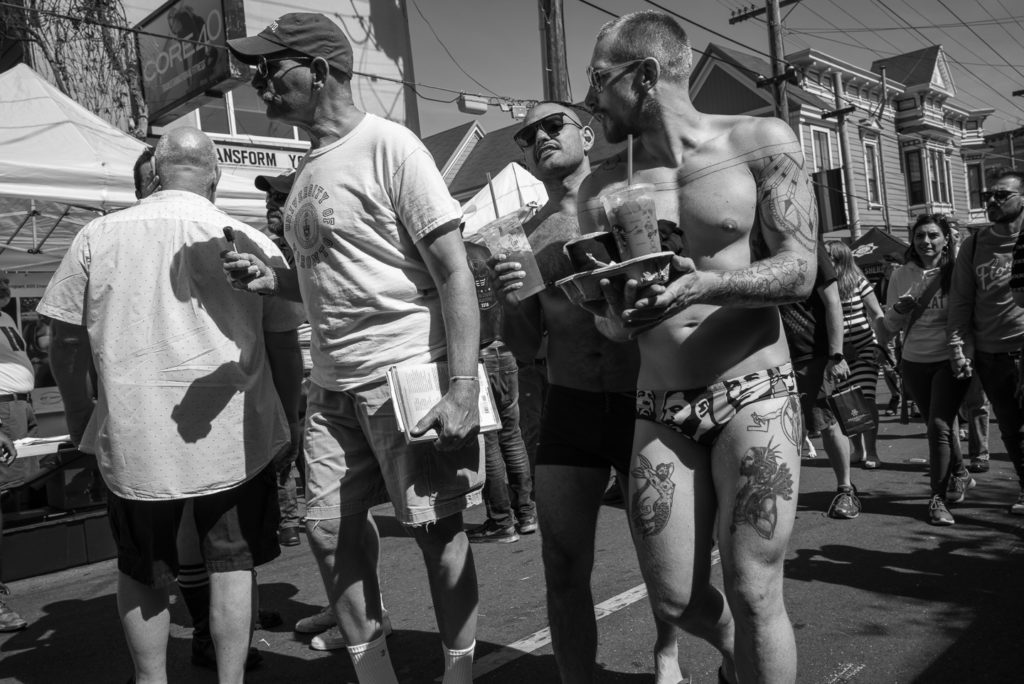 So once again, a fun and productive—photo-wise—outing to an event in SF. For someone like me interested in street photograpy, what a boon it is to live close to a city with such great subjects.