That’s the name of a store in downtown Oakland. I went into the city yesterday in the late afternoon to find some street photography subjects. (Not that it has anything to do with photography, but I have to say the weather was absolutely perfect. Oakland has great weather.)

I shot near the Oakland Marriott, where there was a cannabis conference going on. I did take some photos of attendees, but none was a success. There was a Dubs mural on an outside wall of the building, and I waited there for someone interesting to come along. This nicely dressed man, who was happy to pose for me, worked well. Strong lighting, but at least it’s from the side.

This was a zone-focused grab shot. In hindsight, I should have asked him if I could take his picture (“make his portrait”), but didn’t. Still works as street photography.

One more street photography shot. Clearly, the hat was the attraction. 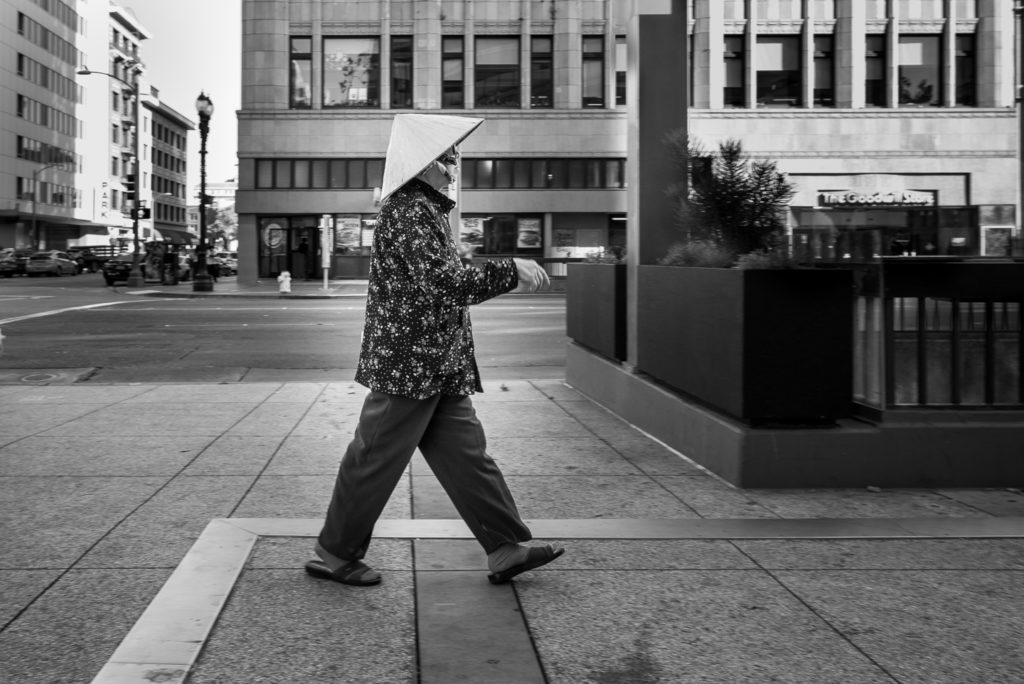 A mural on an Oakland wall, skillfully executed. 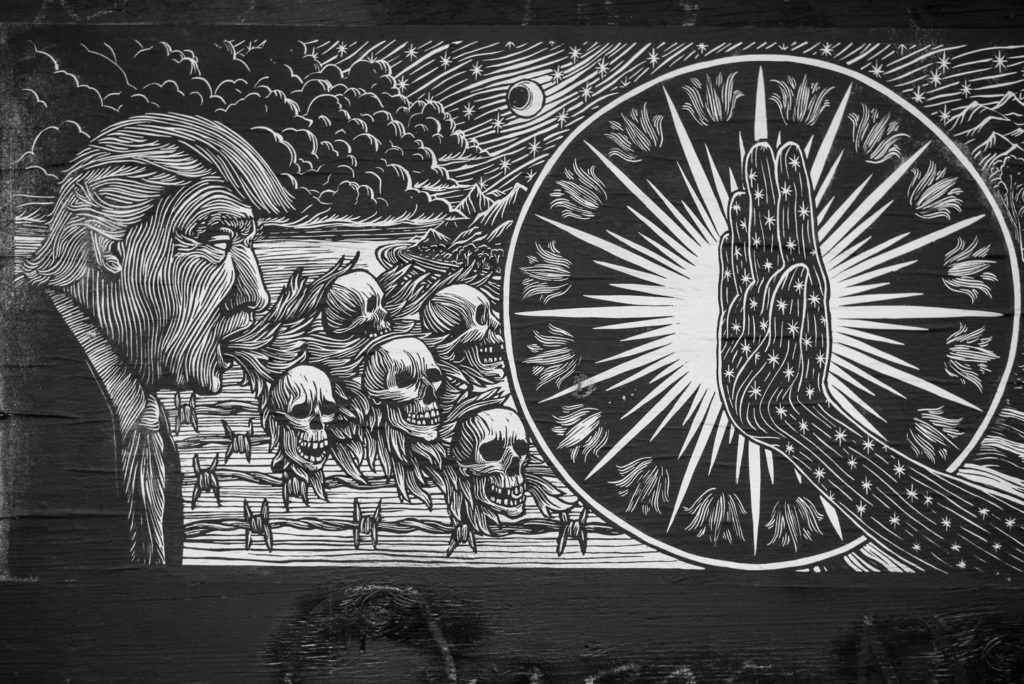 Walking down 9th Street, which is decorated with umbrellas, I ventured down a side alley that had pleasing, soft light and old brick walls that make a very good background. Problem was, hardly anyone walked down the alley and I couldn’t find any subjects. This man saw me taking photographs after I’d walked back onto 9th street. He said he was a photographer and we had a conversation. I asked him to be my subject in front of the brick background. We walked over there—he on crutches—and I took a couple of shots. Here’s one. 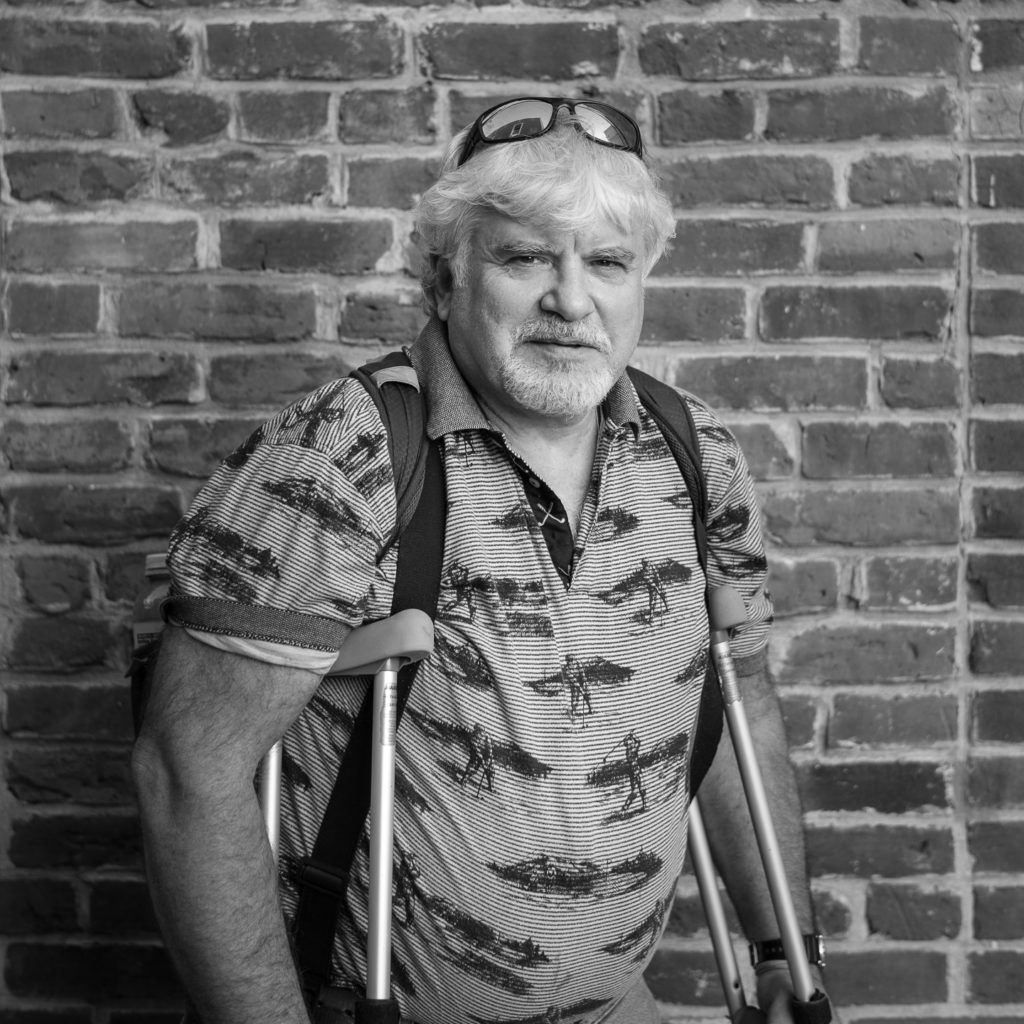 There’s no shortage of good subjects for street photography in Oakland, and it’s a lot easier for me to get to than San Francisco. I’ll keep going there, looking for street portraits and grab shots.