If Carnaval is rated G and the Pride Parade is PG, then the Folsom Street Fair in San Francisco is definitely R, bordering on X. And a treasure trove for photographers.

I went for the first time this year and had a great day photographing and talking with people. I probably asked 25 people if I could take their photo—and you are indeed supposed to ask—and only one person said no. Everyone else was happy to cooperate and most even posed themselves.

Once again, I had my monochrome camera, which is perfect for street photography because it’s small and not intimidating, and because it produces super-sharp and contrasty black and white images that lose nothing in post processing because I don’t have to convert them from color originals.

I arrived early, thank goodness, because this was the scene in the early afternoon, when it got almost too crowded to take photos.

This woman was a great subject because she spent several minutes with me and even pointed out the good light under an eave. You can’t see them here, but she’s even got vampire incisors and canines.

A tight shot of her. Great costume and plenty of attitude. 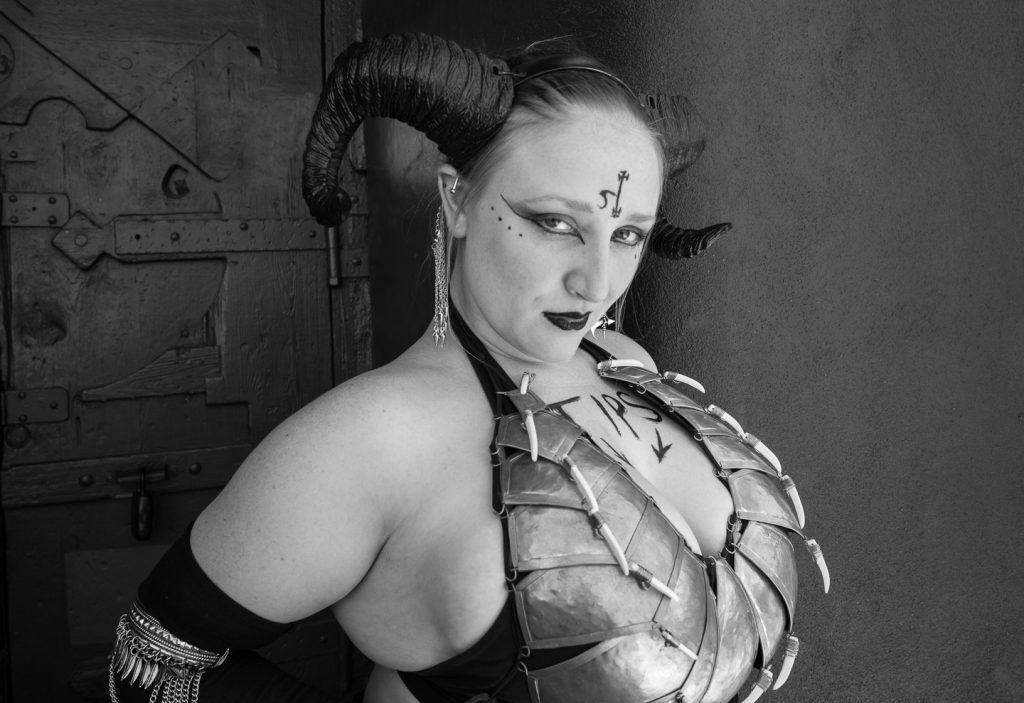 I wished I’d taken more shots of this woman instead of just one. I should have asked her to move closer to the wall and eliminated the other people. That said, I love that she perfectly, and just barely, conceals what would have been an X-rated background. 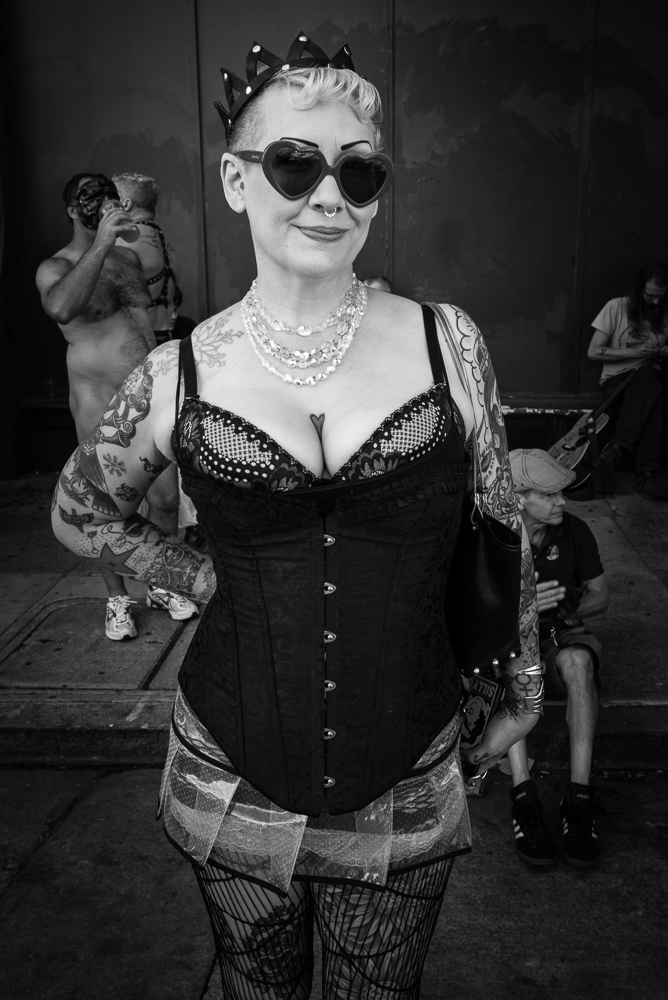 Same comment—I should have asked this woman for more than one photo and moved her to a better background. But as photojournalism, this shot is still a success. 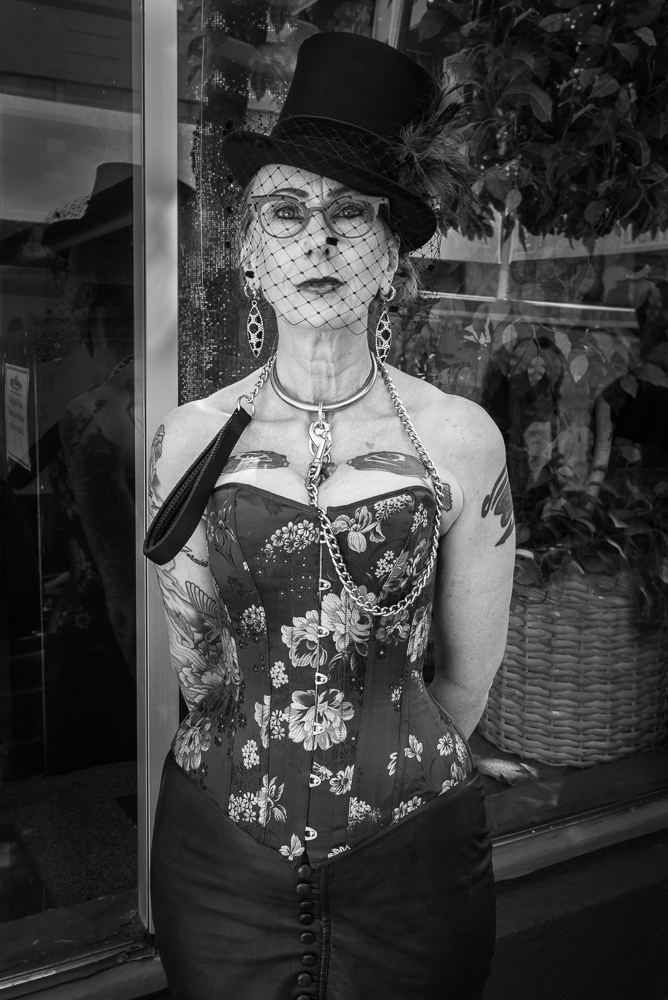 Now that’s a look. Kind of wish I’d asked them to take off the sunglasses, but I guess it’s part of the look. 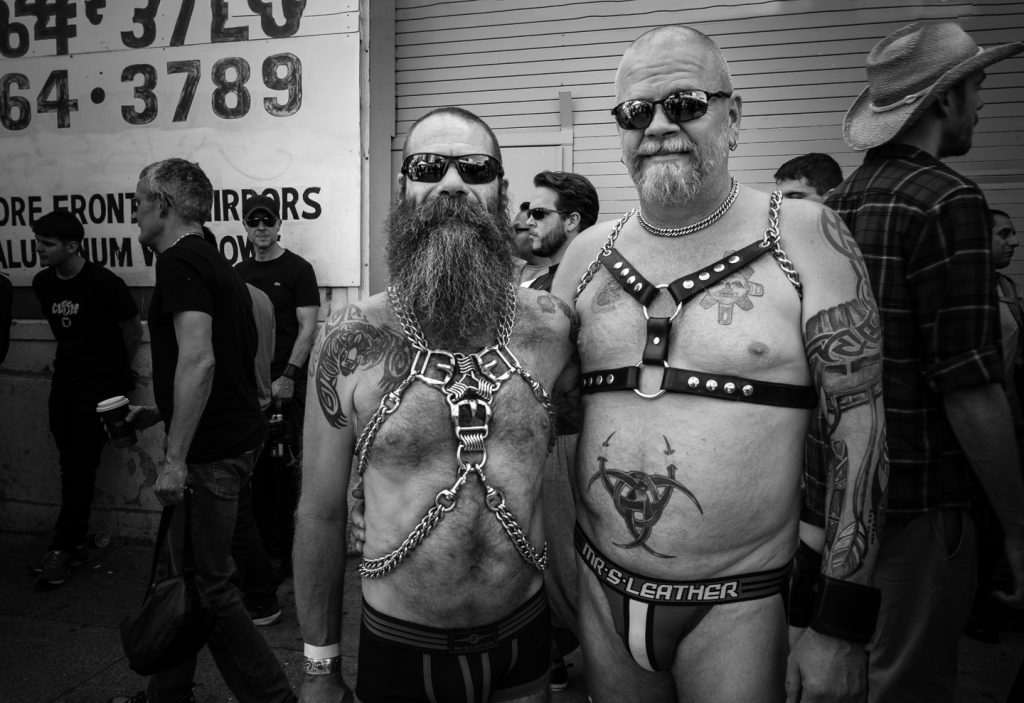 This couple was taking a selfie and I offered to take one with their camera for them, in return for their posing for me. They were very friendly and happy to do it. I gave them my card so they could email me and get the photo, which they did. About half the people I give my card to don’t email me. 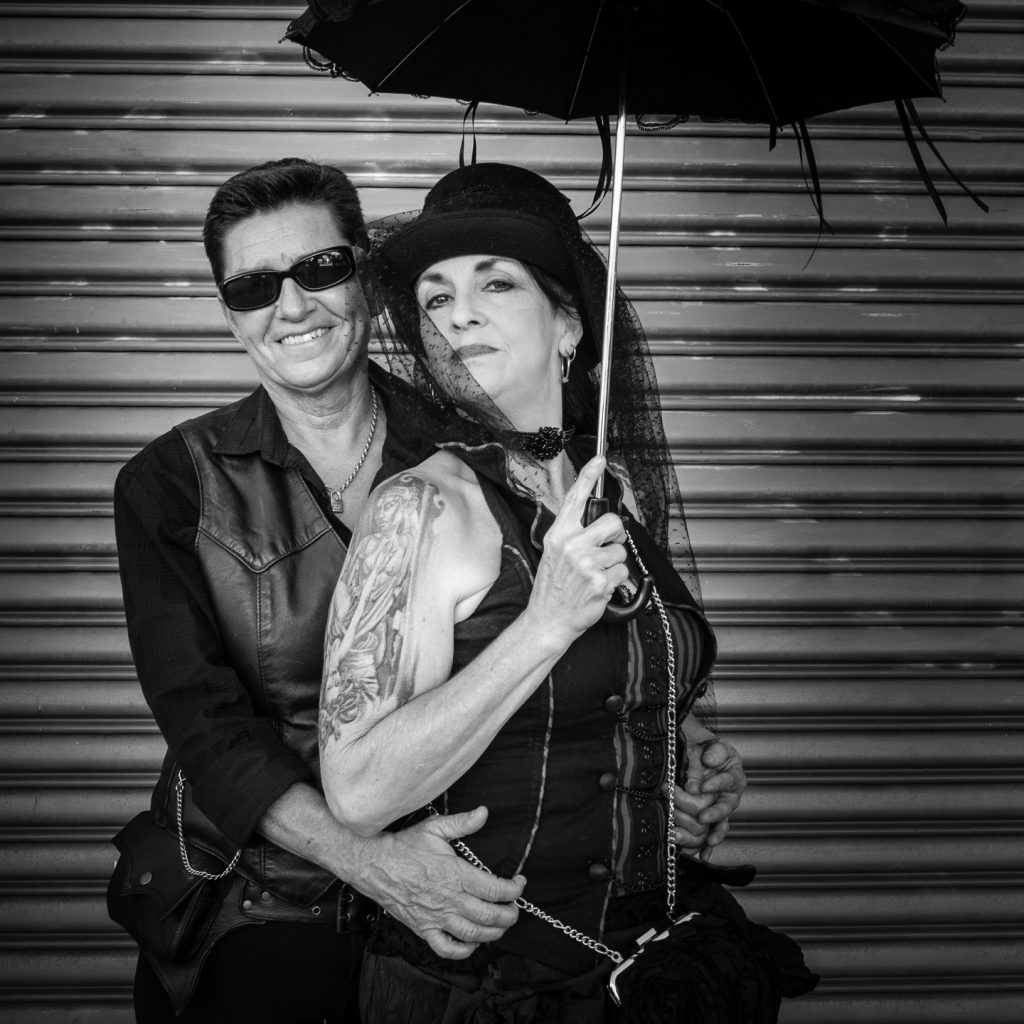 BTW, for those of you who are my age and aren’t familiar with all the internet acronyms, NSFW means Not Safe for Work. But actually, these photos are pretty safe—I’m not posting the ones that show more than you might like to see.