The Niles district in Fremont held its annual Charlie Chaplin Lookalike contest this weekend. As a longtime fan of the Little Tramp, I made it a point to drive down and photograph the contestants. I photographed them on the stage in the contest and all those photos were terrible. But before the contest, I’d come across several of them individually and asked if I could take their picture. They all agreed—without saying anything, of course, because the Little Tramp appeared only in silent movies and they all stayed in character.

This man does Charlie Chaplin impersonations as a side business. Not only was his costume good, he had the actor’s mannerisms down pat.

This young lady was very cooperative. I took several full-length photos of her but liked this tighter portrait better. 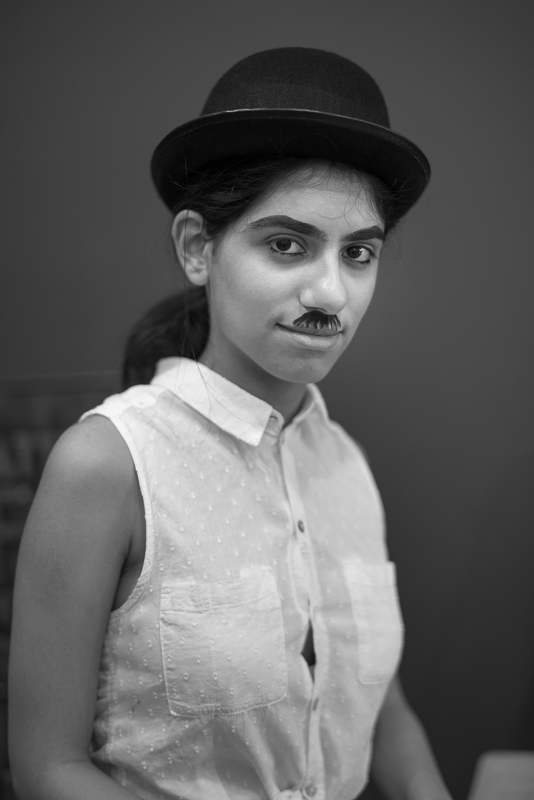 And the lady below had the best amateur costume. She never spoke to me, but she too was a very cooperative subject. 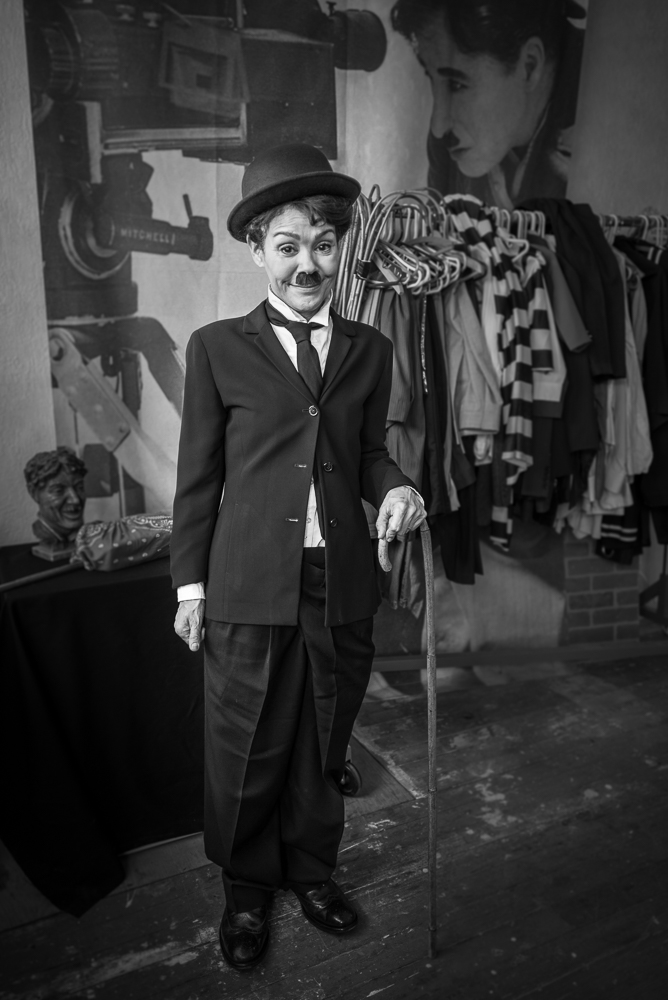 This wasn’t exactly street photography—I wasn’t on the street—but these weren’t portrait sessions, either. I asked the people to pose for me, moved them to a slightly better location than where they were, and took just two or three quick photos. But they’re closer to portraits than snapshots, and that’s a big difference.